Perils Resulting from the Investment Guidance on TV Channels.

The Nifty and Sensex had risen consistently since 1992. I have watched many shares giving returns more than any other investment.

I am not an expert on the Share Market. However, I have watched the share market since 1988. I have lost a lot of money but I have persisted with the share market. The reason was that in some years I have made a good profit. In a few cases, the returns from the share market had financed some of my ventures. In the ultimate analysis, I had never borrowed money from others. On an experiential basis, I can say that I am quite comfortable with the share market by now.

Earlier, in the 1990s, the tips were the in thing. Then, there were weekly newspapers that provided information and guidance on the share market. The leading magazine was also a good source of information. There were publications, which provided a good peep into a large number of companies. They were costly publication but they provided in-depth knowledge about the financial status of the company. However, after such a journal was released, many things happened in the company and the economy of the country. As such, those were merely an aid for making decisions on investments.

During the days of tips, I had indulged and watched an episode of a script named Napa Papers. I even burnt my fingers in that episode. However, I learned a few lessons from that case. I learned that there were people who influence your investment decisions by creating an atmosphere.

Now a similar thing, I have felt in the case of the information provided through business channels. If I had said it earlier, then I would not be making any sense to it. An incidence had occurred last month, which can convey the real message.

There was a very popular anchor on CNBC Awaaz. His name was Hemant Ghai. The following links to the reputed business newspaper will provide in-depth information. 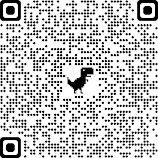 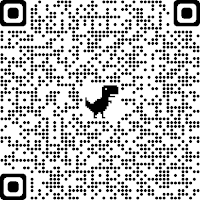 SEBI has performed its job. However, I still believe that the NAPA Paper case continues to happen on the TV business channels every day. The only safeguard is that an individual investor must develop a discerning ability to select the information for making an investment decision. I have learned a lot from Money Control and CNBC 18 and CNBC Awaaz. I also watch other channels for information. However, I prefer CNBC Awaaz presently. Even then, a feeling remains after listening to all the advice that somewhere they are sponsored or motivated.

Posted by Sumir Sharma at 7:47 PM No comments:

The participation of the public holding of the Sri Sri Ravi Shankar Trust in the listed Shares:

Posted by Sumir Sharma at 9:39 AM No comments:

Minda Industries is one of the successful auto component manufacturing industry. Check the Report HERE. It is going to increase its product base with this joint venture.
Acquire Bikes Accessories Here

Posted by Sumir Sharma at 2:48 PM No comments:


It is for three days, that 10% filter was triggered for Suzlon. Read the Reason HERE. 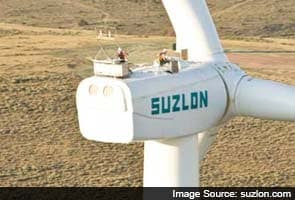 Now, the issue is what will happen now when the price has reached 16.55 on September 23, 2014. Secondly, does this financial arrangement end the crises of the company? What will be the next price? Is it 13.25? At least I will like to see something below 15.45.
Image and content source NDTV Profit. Others sources are also available.

Check for other Electricity Storage devices

Posted by Sumir Sharma at 3:54 PM No comments:

Email ThisBlogThis!Share to TwitterShare to FacebookShare to Pinterest
Labels: Suzlon

Check the Business Standard Report. It contains good information.
Posted by Sumir Sharma at 9:26 AM No comments:

Watch it to learn the hard things: Death of Lehman

Kindly check the youtube link embed below:
Watch it. There are many lessons for the investors in Equity. Presently, when India is going to election in 2014 before which new banks with new products of present days will already be there, there is need for thinking and planning about the direction of the investment in Banking. Watch till the end and listen all the views. It is documentary by BBC uploaded by an enthusiast. Hope BBC and Govt of US do not get it removed.
Posted by Sumir Sharma at 9:07 PM No comments:

A Prospective Outlook on Banking

Well this story is different from the motive and goal of this blog but even then I would like to add it in my record. Let me see how this develops. It may end up in creating another blog. First of all check the story HERE. I must add that it is my first link from NDTV Profit. It is another shift from the paradigm on which this blog is to be operated. The report is taken from Reuters. This report is appearing when there is hot talk going around on the possibility of new bankers who may enter the Indian market.
Posted by Sumir Sharma at 11:49 AM No comments:

Check the Report HERE. Just a passing remark. I work in NSE but I look more to BSE than Nifty. Now the capital market has Trimurti or Three Dimensions to its activity. Devangshu Satta of Business Standard has tried to develop a perspective with this new ratio.
Posted by Sumir Sharma at 3:32 AM No comments:


Presently, when this report appears, the script is hovering around Rs. 100.

It was in news a month or two back wherein it was reported that the ace investor Rakesh Juhunjuhunwala accumulated it. <br>I was interested in making a note at that time. A minor verification on the contents proved that the report was misleading. I had found through money control itself that Rakesh was interested in this company since 2005. It was not recently that he had bought into this company. Now this report has appeared. It will be worth watching that how this counter will behave today that is 03/01/2013. This is a Godrej company. Will it touch 118 today itself?


I had avoided to make any noting earlier because I do not want to sound too much critical and analytical. To borrow from Rakesh itself, too much analysis gives paralysis. You have to maintain your investment from day to day basis with an open mind. But, today when I have located this report, on which I commenting before the opening of the market, I think, I must make a noting of this report and see how far my observation get authenticated by actual reality.

Posted by Sumir Sharma at 8:15 AM No comments:

Tech Mahindra is one of script in my portfolio. It is for record that three reports are pinned here. Report 1.: Promoters selling Shares Report 2: Promoters sell and Market responds. The report has shareholding patter also. Report 3: Rule and Regulation issue.
Posted by Sumir Sharma at 1:21 PM No comments:

I read the report by Tony Munore and Matthias Williams with wide open eyes, irregular heart beat today on Thursday on last day of expiry. Next is month of September the end of second quarterly and at present all the shares in my portfolio are showing book losses. If I want to sell any of them even in parts, I will be booking loss. But after reading the report there was a smile on my face. What is your Take? Read the report here.
Posted by Sumir Sharma at 1:05 PM No comments:


Read the following two reports. 1. Report A Click Here. 2. Report B Click Here. The above report forms the next stage in a progress which had been taking place for sometime by now. It is already mentioned in Report A.
The prices of Axis Bank and Yes Bank had been fluctuating aggressively for some time. The offloading of HDFC by Citi Bank had not made much difference to the scrip price. Mohindra may part ways with Kotak in coming days. Kotak is under pressure of rules and regulations to offload his holding or issue more shares.
In coming days, we may see new players coming into Banking if RBI issues new licenses for which there were stories some time back. We may see Kumarmanglam Bank, Rahul Bajaj Bank, Anil and Mukesh Ambani banks. There may be some more players from south. There may be mergers and takeovers.
Banks as per tradition definition is a collecting and disbursing agent. They also finance. With more players, and more defined rules and regulations, the scene would be dominated by animal spirit if RBI manages well. There may be more job opportunities in bank on one hand, then on the other hand, there may be more financial products for all level of business. Quite a rosy picture. But, it also hide in it peril of too much animal spirit.
In share market, you will have a new aggressive area which may replace the present IT counters.
India is basically an agricultural economy. In case of mining, there is lot of gap which is to be covered. In industry and technology, India has yet to progress. With such a new banking weather, these fields now should start sowing in real sense. If these economists are to believed, then, the future is bright for Indian economy. And for the share market, the new sought after counters and soon to be major counter can be banking.
Nationalized bank should now get ready to face the real challenge. They are already facing the music and chorus will begin.

Posted by Sumir Sharma at 8:46 AM No comments:


Check the The Telegraph report on a recent activity of Suzlon performed with the effort to finance its debt as well reducing the cost of running HERE. I am more interested in the last paragraph of the report. At the present rate of 17.5/- and little bit attempt to rise above Rs. 18, it seems that the market has already discounted the figure given in the last paragraph. It is a operator driven scrip. So, what is the bet? Buy anything below 17.5 and and quit at 20 plus.
Posted by Sumir Sharma at 8:10 AM No comments:

Email ThisBlogThis!Share to TwitterShare to FacebookShare to Pinterest
Labels: Suzlon

A Father Loves His Baby


This report HERE, is for record for TATA Motors. Ratan Tata bought tata motor at an average price of 234 in month of June 2012. His total holding rises up to 4.25 lakhs.
Posted by Sumir Sharma at 7:51 AM No comments: